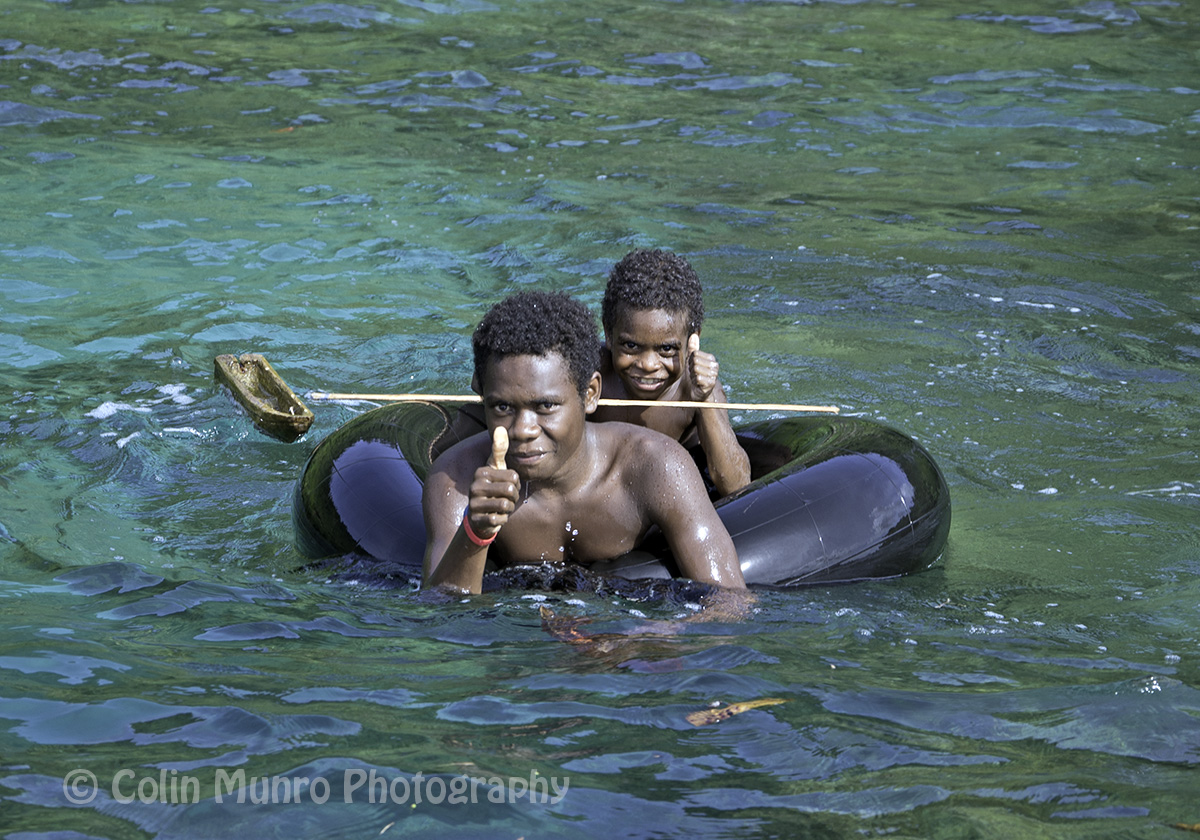 It has been quite a while since my last blog post.  During the past five months I have been travelling a lot, mostly with limited internet and often with limited time to write.  So a catch up is long overdue.  Since December 2016 I have been working in New Zealand, New Caledonia, Vanuatu, New Georgia, The Solomon Islands, Papua New Guinea, Indonesia, The Philippines, Ecuador, Colombia. I started writing this in Panama, as we passed through the Panama Canal in to the Atlantic.  Almost three weeks later I am now in the south of France, driving through the Medoc vineyards, and this blog is still not complete!  I use the excuse that time to write is generally limited to late nights in airport departure lounges or the odd hour snatched in cafes or bumpy coach journeys. However, I have run out of excuses so now must buckle down and finish the damn thing.  So here goes. 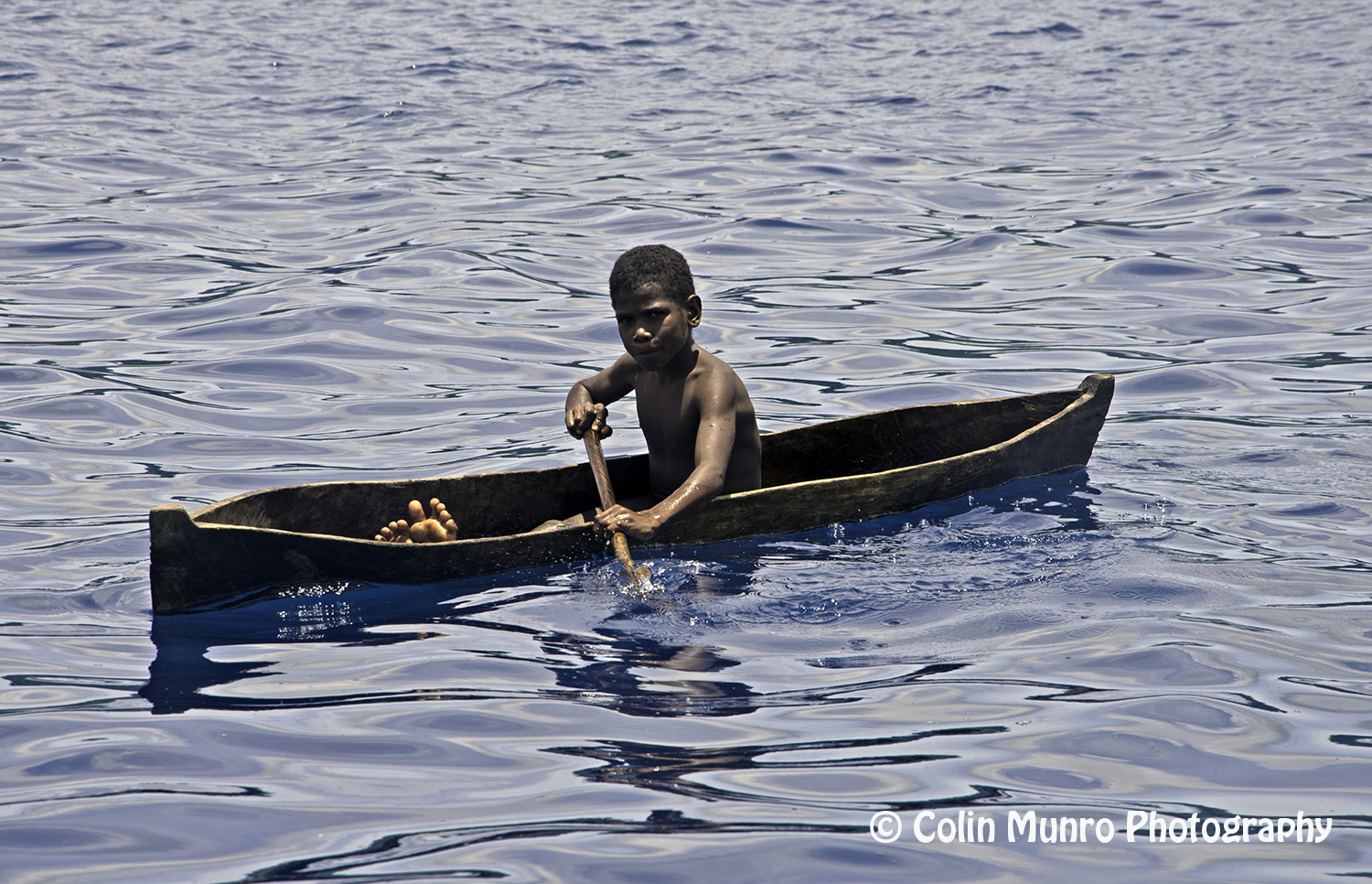 A significant chunk of February was spent in Papua New Guinea.  This was not a country I had visited before, nor one I knew a great deal about.  The little I did know was limited to snippets such as lurid tales of cannibals, penis-sheathed hill tribesmen, the rascals of Port Morsbey and the effects of mining on the country.

We arrived in Papua New Guinea at the port city of Rabaul. A recent Lonely Planet guidebook described Rabaul thus: ‘Walking the lonely streets of eastern Rabaul is like stepping into an apocalyptic film’.  Spending a day there I can understand what they meant.  Rabaul is something of a ghost town. In September, 1994, Mount Tavurvur erupted, burying much of Rabaul and Simpson Harbour under thousands of tons of ash.  The ash that rained down destroyed most of the buildings in Rabaul.  This was the second major eruption in living memory.  In 1937 Mount Tavurvur erupted and almost totally destroyed Rabaul.  These two eruptions, along with the continuing low level activity, have inhibited rebuilding and development, so although the fantastic natural harbour is still in use as a commercial port, the streets immediately beyond have an aura of post-apocalyptic desolation.  That being said, it is only a few blocks walk to the open air market.  When we arrived this was a pretty busy place, with bananas, peppers, sweet potato, and tobacco for sale.  Rabaul did not feel unsafe, nor unfriendly, simply down on its luck.  A couple of general stores were all that was open.  It did not seem like the sort of place that would have a café, let alone a restaurant.

Our next port of call was Garove Island.  Garove island is essentially the exposed tip of Garove Volcano, a largely submarine volcano in the Bismarck Sea, some 40 miles north of New Britain Island.  The island itself is a shaped like a giant donut, some 7 nautical miles in diameter.  This ring of land is in fact the emerged rim of the volcano caldera.  A mile-wide breach in south side of this rim allows ship entry to the large body of sheltered water within, known as Johann Albrecht harbour (presumably named after Johan Albrecht de Mandelslo, the 17th Century German traveller – by accounts a rather colourful character – rather than Johnan Albrecht the Russian diplomat, Johan Albrecht the German theologian or even Johan Albrecht the 17th Century German prophet , but who knows; I have not been able to find any information detailing why the harbour is so named).

Unlike lagoons within coral atolls, this harbour is not shallow, most of it is over 100 metres deep.  Thus snorkelling (or SCUBA diving for that matter) is limited to the steep walls of the caldera or a small, shallow area on the east side on the harbour.  This shallow area lies between a little un-named island and the inner wall of Garove Island. A glance at a chart reveals that this island is, in fact, the tip of a rocky promontory projecting in to the caldera.  Apart from the island-forming tip, the rest of the promontory lies just a few metres below the surface.  This was where we chose to run our snorkelling operation.  As one might expect on such a small patch of shallow seabed surrounded by deep water, the coral present was quite limited.

There were quite a few soft corals and a few sponges though, so the area was interesting if not terribly diverse.  The presence of significant numbers of white people and two Zodiac inflatables piqued the curiosity of a couple of young local boys playing in the water nearby.  They were having fun splashing around in an old vehicle tire inner tube when they spotted us.  Wearing big grins, they paddled across to us, the older boy sculling with what looked like a small piece of driftwood. The younger towed a towed a little, hand-made wooden boat attached to a pole and string.  Quite what they made of us is hard to know. 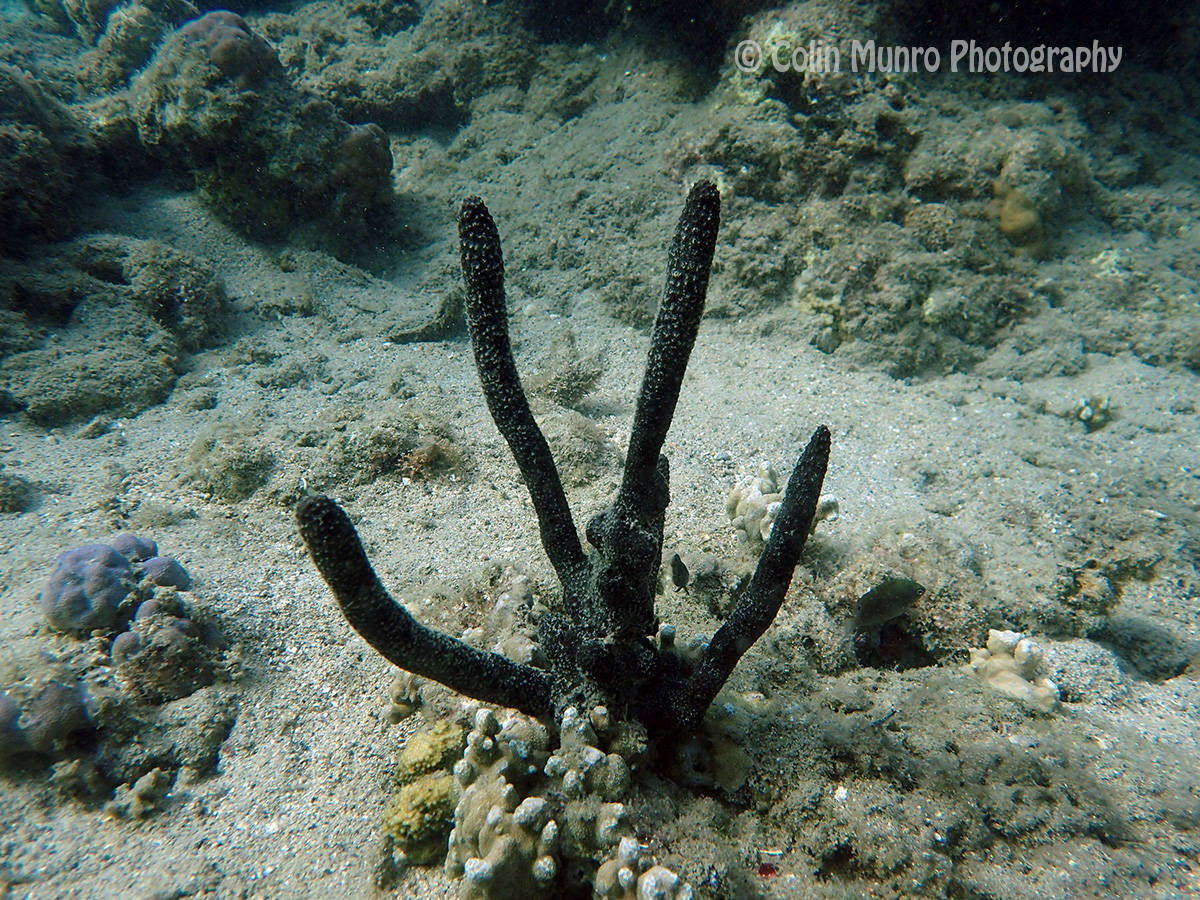 They spoke no English and we did not know what language they spoke (there are 840 extant languages listed for PNG; English is an official language but spoken only by a tiny percentage of the country’s population).  Thus our communication was limited to smiles, waves and thumbs ups, but that was okay.  Garove Island, with its lush vegetation, warm clear waters and (at least from our snapshot perspective) idyllic lifestyle seemed as far removed as could be from the dusty dreariness of Rabaul.  But of course snapshot impressions of tropical paradises all too often fail to capture underlying problems of poverty, lack of opportunity, and health problems, so I make the comparison cautiously.  Both Rabaul and Garove island have been shaped by volcanos.  Rabaul more recently and more catastrophically.  Garove is the visible remains of a stratovolcano (reports of most recent eruptions vary from tens of thousands of years to possibly only a few hundred years ago).

I finally finish this blog in a small cafe in Oban, in the West Highlands of Scotland.  I promise the next one will not take so long.